Our first Inland NW Sailing activity is watching live SailGP racing at Miles Moore house in Hayden Idaho this Friday the 28th at 9:pm (yes its late in the evening as the racing is live from Australia). Please RSVP Miles at the bottom of this post.

To get your sailing enthusiasm going here is a video of SailGP Team USA. If you can not attend visit SailGP.com or SailGP Facebook or SailGP youtube channel to watch the racing and comment below what you thought of the racing, etc.

COMMENT HERE (BELOW)
Posted by funtosail at 6:00 PM No comments:

ATTENTION all SailGP fans, racing starts this February 27-28 in Sydney Harbor Australia! Another exciting year of racing! Watch at these links/sites... Youtube or Facebook . Two new teams will be competing from Spain and Denmark. Official website is at sailgp.com 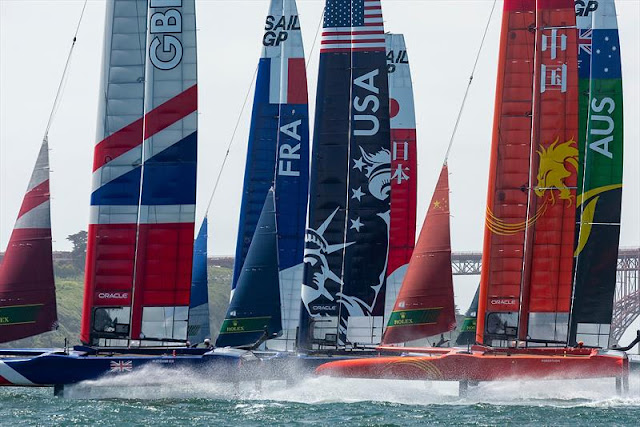 Posted by funtosail at 6:31 PM No comments:

Another successful Spokane Boat Show has ended. If you missed it there is always next year. We have been absent from this show for many years and now plan to be in it each year from this point on. The Spokane Boat Show is great for those who love runabouts, fishing boats, ski boats, and of course sailboats. Lots of boating accessories available as well.

Our business had they only display of sailboats at the show. Next year we are expanding our booth to include Corsair Trimarans and a bigger Hobie display. We are looking at a new line of monohulls to also include.

Here is a short little video of our booth and the boats around us. Also some pics. 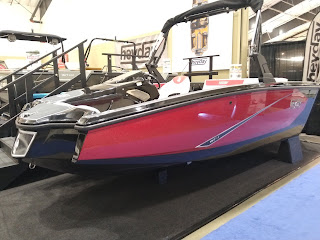 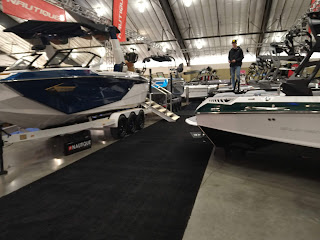 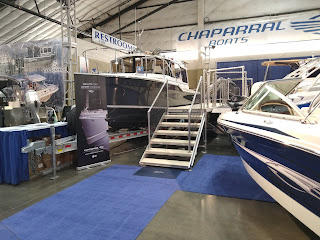 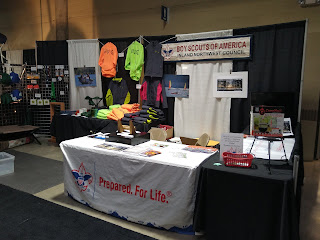 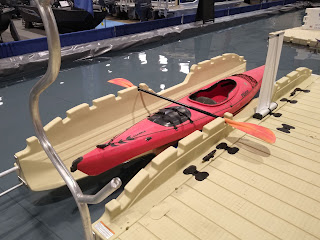 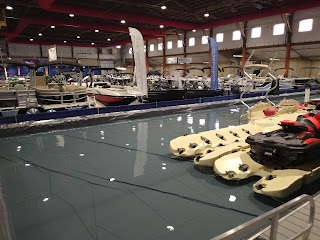 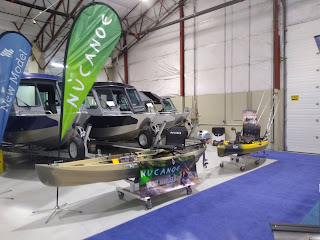 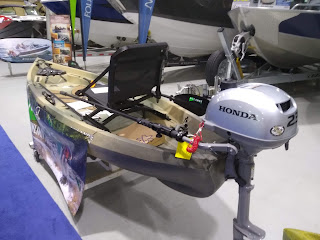 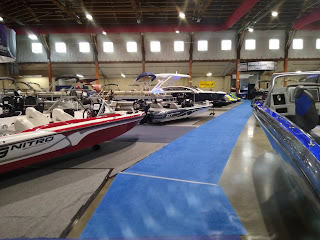 To learn about these dealers/boats and this show visit spokaneboatshow.com

Posted by funtosail at 10:21 AM No comments: 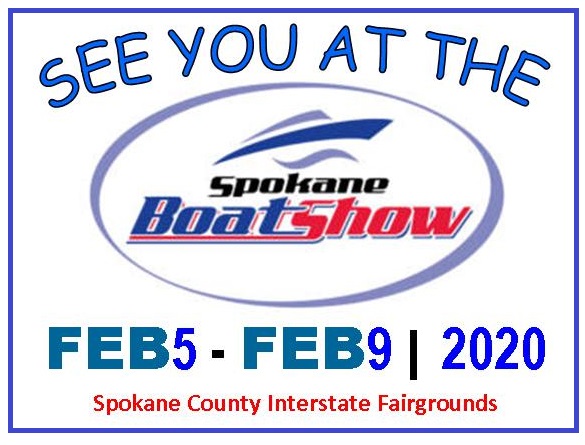 See us at the 2020 Spokane Boat Show this February 5-9... Get a free intro to sailing lesson on our sailing simulator and learn about our new and current products... Hobie Cat, Corsair, Snark, Paddle boards, etc.

Offering special deals only during the Boat Show! 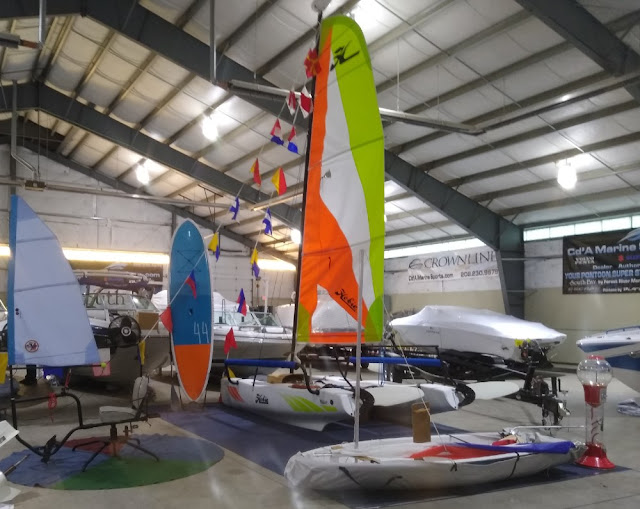 Posted by funtosail at 7:43 PM No comments:

Email ThisBlogThis!Share to TwitterShare to FacebookShare to Pinterest
Labels: Events, news and articles, News and Stuff 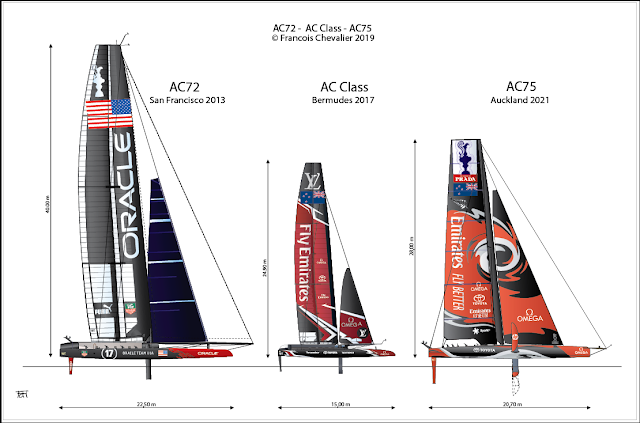 As a small boat sailor I mostly am interested in sailboats of no more than about 25-27 feet or 7.6-8.2 meters. Most sailboats I currently sail and own are 11-20 feet/3-6 meters long. Any boat above 27 feet/8.2 meters is more work to take care of than I am interested in as I would rather sail than work on a boat. I do take super good care of my boats, as a solid boat always produces great sailing adventures.

However when it comes to watching sailboat racing/regattas I prefer to watch big boat racing. I love to watch the team work on board and close quarter racing, particularly at the starts. I primarily watch SailGP 50 foot high tech racing cats but there is also the Americas Cup (AC) boats I am also interested in. If you are not familiar with the AC the boats change design every 4 or so years. It all started out on big monohulls for 161 years, then went to multihulls for 3 Americas Cups in a row with the last two being on foiling catamarans, and now they have gone back to monohulls with the added twist of the monohulls being on foils, which has never been done before, and maybe not not again if the design does not work well.

The new AC boats have a 68 feet/20,8 meters long single hull, add the bowsprit and the length is almost 74.5 feet/22.7 meters. The boats are called the AC75's indicating 75 foot length but based on the noted numbers they are not 75 feet long. The previous AC boats where cats called the AC50 at a length of a little over 49 feet or 15 meters with a top speed of 47.2 knots/87.4 kph. A fair comparison in size would be with the 2013 AC72 cats that were 72.2 feet/22 meters long, add the sprit and they were 86 feet/26.2 meters long. So the length was based on the actual hull(s) length where as now its based on the hull and bowsprit length. The AC75 mast weight is almost 86 feet/26.5 meters tall compared to the AC72 at 131 feet/40 meters tall. So the new AC boats are smaller overall but heavier than the AC72, at 13,000 lbs and the AC72 cats were the same weight, yet larger. The AC50 weighed only 7,000 lbs and posted the fastest speed of any AC boat thus far of 46.2 knots. I bring this up because some monohull sailors think the AC75 will be as fast as the AC72 or the AC50, I just do not see this based on the measurements and other factors. They say technology has improved, which is true, so maybe the AC75 will hit 35 knots, MAYBE, but not 40 knots like the AC72, and no way will it hit 50+ knots like the new SailGP F50 cats. Current speeds of the AC75 is from 20-30 knots, way short of 40 knots of AC cats and much slower than the F50.

With speed put aside, regardless I think the racing will be interesting. Because the AC75 is a monohull they have put the two weighted/ballasted foils (another story of why these heavy foils have more drag than the non weighted foils on the cats) that swing up and down on either side of the hull. When going up wind the windward foil will be pulled completely out of the water. Reducing drag and putting weight way out to windward to help keep the boat level. One issue with this, is the other boat racing needs to keep clear of this large foil hanging off the side of the boat as they race. I assume during the starting series they will keep the foils in the water to avoid entanglements. This will be interesting to see as both boats will want to pull up their windward foil at the start line, if they are close together the windward boat will be able to do so while the leeward boat will not be able to, resulting in an advantage for the windward boat. That means at the starting sequence it will be up to each team to gain the advantage and be the windward boat. At least that is how I see it. The leeward boat could also try to make a gap between them so they will be able to pull up their foil. If your not a racer, and particularly not into AC racing then you might not get any of this. The point is with having large weighted foils hanging off the side of ones boat it does mean more caution will be need to not get tangled in this hanging foil.

So I have mixed feelings about this new boat design. Most think the move to monohulls was just because the monohull purist did not like the catamaran, which is highly likely, and wanted to get back to monohulls but still wanted the excitement of foiling. Only time will tell if the move to big heavy foiling monohulls was a good idea. The good news is the foiling catamarans are here to stay in the SailGP racing series and in others events, and now the monohulls can try their hand at foiling to see if its viable.

For me this will be highly educational. My prediction is the AC75 is going to be slower than the cats and have potentially some stability and safety issues. My hope is I am wrong and it all turns out to be great fun to watch. I might add I do not believe I am wrong about the speed difference.

Here are some videos and links to show you what is going on with the AC75 so far...


This is a nice video of the NZ AC75 going through its paces. First part of the video you will notice the sail is not up and is being pulled by a powerboat. This was the first day the boat was on the water and they were testing if for safety, etc. Rest of the video shows them sailing at 20-30 knots.


Sailing in strong winds. Looks like they are have having difficulties keeping it on the foils and sailing in a straight line

Yes these boats do capsize

Americas Cup 36
SailGP
Posted by funtosail at 6:01 PM No comments:

It's official one of our favorite small sailing and kayak lakes is getting a Marine Access update. There plan is to improve access to the water, camping, and restrooms. Check out Smith Lake info on our Boating the Inland NW page at this link... Smith Lake, Boundary County, Idaho.

Posted by funtosail at 10:19 AM No comments:

IT'S A NEW YEAR! NEW EVENTS, PROGRAMS, AND PRODUCTS!

Our sailing classes have been enhanced with new course material, etc. Plus reintroduced a new improved class... Adventure Coastal Sailing that takes place in Westport WA., which is a class for those that want to sail on the ocean with confidence. This course is not for the faint of heart as we will be sailing in big waves and dealing with a lot of current, etc. Basically the class has the adventure level comparable to river rafting with the amazing marina life of the ocean.

The new learn-to-sail book I have been writing is very close to being finished. This book will include the typical basics of sailing (with a refreshing twists), but also include how to surf sail, navigate rough environments, sail with a disAbility, and so on. We will post a big colorful announce when its available.

We are restarting our disAbled/accessible sailing program. Some of the events will be free and some will not due to city or park fees, etc. To participate in these events one must sign up by visiting our calendar and clicking on the event details. Click here to learn about our disAbled/accessible sailing program. Please if you can please donate funding, which allows up to pay for our insurance and various program needs. Its all tax deductible.

New products include the Corsair Pulse 600 a 21 foot high performance trimaran sailboat. People new to sailing (after taking our sailing class) or those with experience will love this boat.

Yes we will have an Online Store soon. We have always been focused on local in store sales but those days are over as most people purchase their products online. Our customers are spread out all over the large area of the Inland NW so coming to our store is not terribly convenient. We will post a big colorful announce when its open.

Just a reminder our Boating the Inland Northwest Lakes Guide (includes rivers and reservoirs) is ever expanding with new updates regularly. If you are looking for places to sail or paddle within the Inland NW this resource is available to you for free. Visit the Lakes Guide.

Happy New! Lets make 2020 a memorable year with lots of sailing and community involvement!
Posted by funtosail at 11:38 AM No comments: